To the Winner Goes the Prize 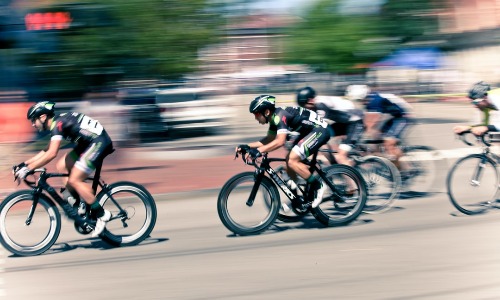 1. The rate of change in the marketplace—and the world—is accelerating. 2. The rate and severity of market disruption is increasing.
The distinction is important.

You can have constant acceleration without disruption. You can have steady, predictable progress, like a passenger jet taking off from the runway and zooming to cruising speed, without massive, sudden changes that force you to re-think your business model.

Conversely, market disruption can happen with or without accelerating change. For example, when Gutenberg first used movable type to make a printing press in 1450, the rate of change in the world was very slow. You could live an entire lifetime without being aware of much in the way of change. Yet the printing press exploded across the civilized world, and it’s estimated that by 1500 there were several million printed books in existence. In an era of slow change, it was a highly disruptive innovation!

The Race Is Getting More Competitive

For a thousand years, no man could run a mile in under four minutes. Everyone believed it could never be done. Then in 1954, Roger Bannister ran the mile in 3:59.4 minutes. At the time, this was astonishing. No one had ever run so fast! But the pace quickened. Since then, runners have gotten faster, and the four-minute barrier has been routinely broken. The current men’s record holder is Hicham El Guerrouj, with a time of 3:43.13—more than fifteen seconds faster than Bannister.

Just like the speeds set by top sprinters, the pace of business is getting faster. The rate of change is accelerating. Disruption has become more intense. In order to win in today’s economy, you have to compete harder and smarter. What kept you ahead of a generation ago—or even a few years ago—is no longer sufficient.

For example, consider Moore’s Law. In 1965, Gordon Moore, the co-founder of Fairchild Semiconductor and Intel, published a landmark article in which he proposed that due to continuing advances in manufacturing technology, the number of transistors in an integrated circuit would double every year. In 1975 he revised his prediction to doubling every two years—still an astonishing rate. He projected this rate of growth would continue for at least another ten years. In fact, Moore’s prediction has proved to be accurate for several decades, during which it has become clear that accelerating advancements in many areas of digital electronics reflects Moore’s law, including memory capacity, sensors, the number and size of pixels in digital cameras, and quality-adjusted microprocessor prices. It’s a manifestation of the fact that change in every area of business, from technology to human resources, is getting faster.

As the race intensifies, staying ahead requires more speed, more agility, and more stamina than ever before. The technology that was cutting edge yesterday will be obsolete tomorrow. Employment practices are evolving with lightning speed. New rules, new goals, and new threats are emerging more quickly than many leaders can handle.

We live in a time of hyper-consumerism. With just a few taps on their smartphones, consumers can buy just about anything at any time and have it delivered overnight. Businesses live or die by social ratings on emerging digital platforms including Yelp, Google reviews, Trip Advisor, Angie’s List, Foursquare, and many others. If a business makes its customers or employees unhappy, there’s no place to hide. Even top recruits have become picky consumers: the overwhelming majority of job seekers will not consider a role until they have researched the company on a platform such as Glassdoor.

The accelerating rate of change in your marketplace makes leadership—your leadership—all the more important in staying ahead of the competition.
Why is your personal leadership so important?

Because if you’re not setting the pace, nothing else matters.

Not your team, your technology, your products, or your brilliant business plan. Here’s just one example—a cautionary tale of woe.

Why Innovation Leadership Is Important

Remember BlackBerry? In the first decade of this century, you either had a BlackBerry or you knew someone who did. Mike Lazaridis and Jim Balsillie, co-CEOs of the parent company RIM, guided BlackBerry to the top of the personal communications market. In developing the innovative device that was the first to reliably deliver e-mail over airwaves, they turned a tiny Canadian company into a global electronics giant. For many years, BlackBerry devices were in the lead because they provided small Qwerty keyboards that made it easy to send emails and instant messages.

The response by Lazaridis and Balsillie? They ignored it. As Apple gained ground and was hot on BlackBerry’s heels, BlackBerry stuck to the idea that analog plastic keys were preferable to sleek, elegant touchscreen devices, and that if they doggedly marketed their old-school technology the phones would continue to sell.
Consumers had other ideas. As the iPhone took off, nobody wanted to be seen with a BlackBerry, and no doubt many rushed to change devices after being ridiculed by their friends.

BlackBerry, which had been comfortably ahead of the pack, found itself falling farther and farther behind. As Steve Toback wrote for Moneywatch, “Balsillie and Lazaridis couldn’t have done a better job of driving the company off a cliff if they’d cut their own brake line and floored it.” Obviously, this is not what you want a reporter from Moneywatch to write about you! For information on innovation consulting and training visit https://mylearnlogic.com/innovation/ for information on innovation speaking visit https://www.nickwebb.com/innovation/